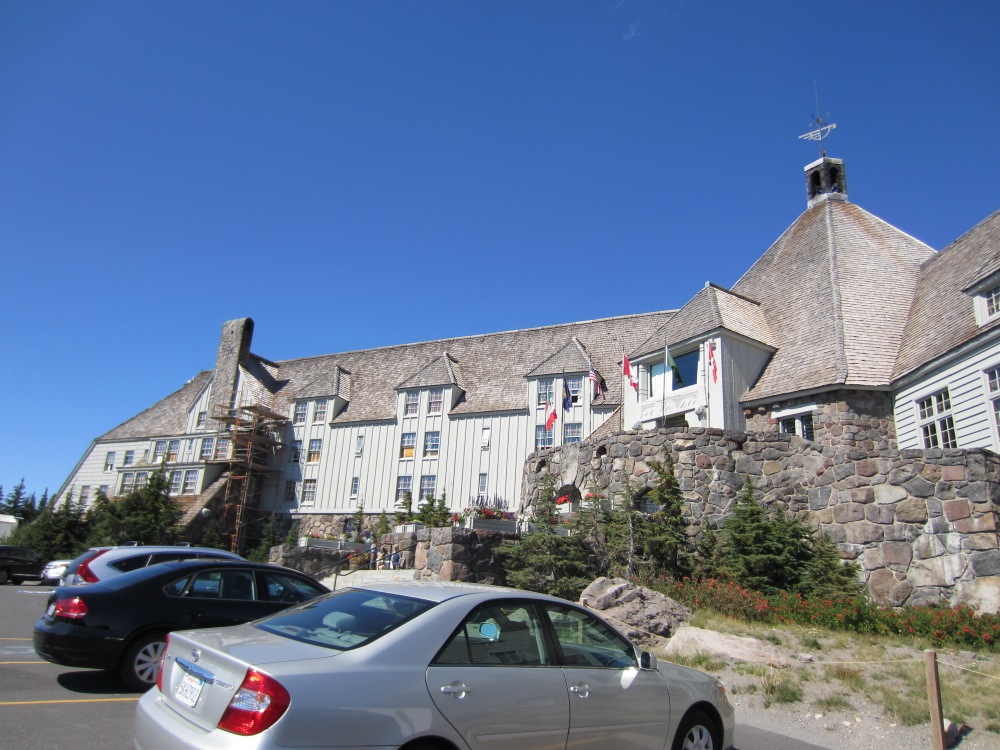 A great thriller by Stephen King used this lodge to shoot many of their aerial scenes over 30 years ago.  I didn’t even know until I saw these bits of hotel history on the wall.  After learning this, the place felt kind of creepy.  I loved that I stumbled upon it though! 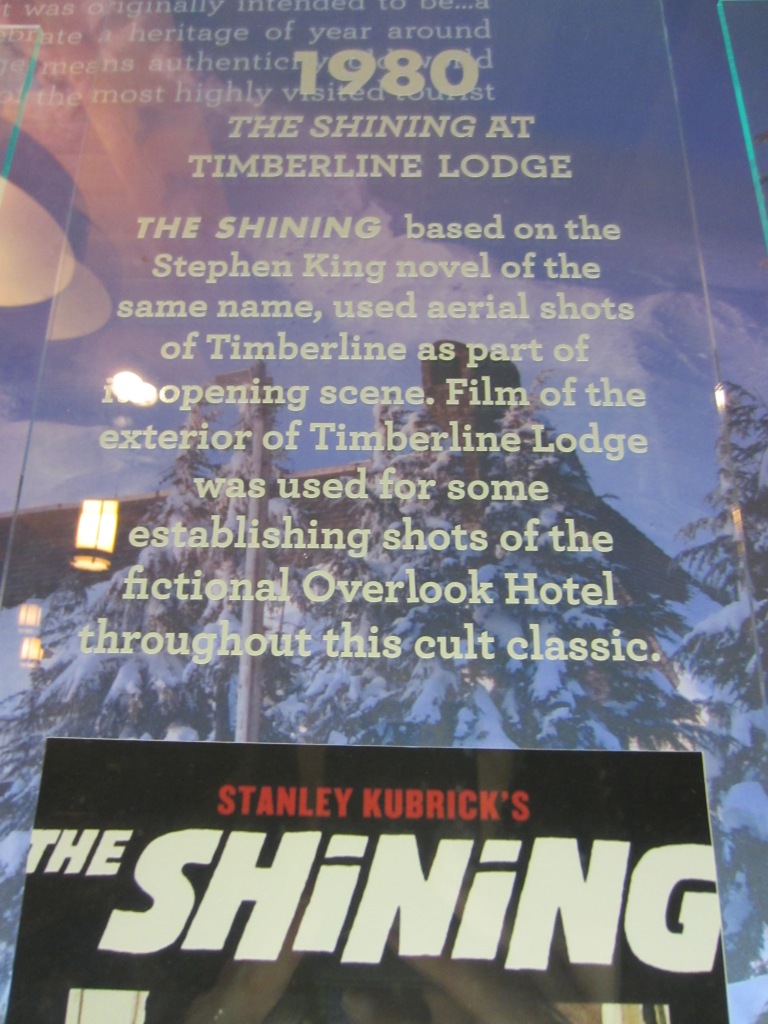 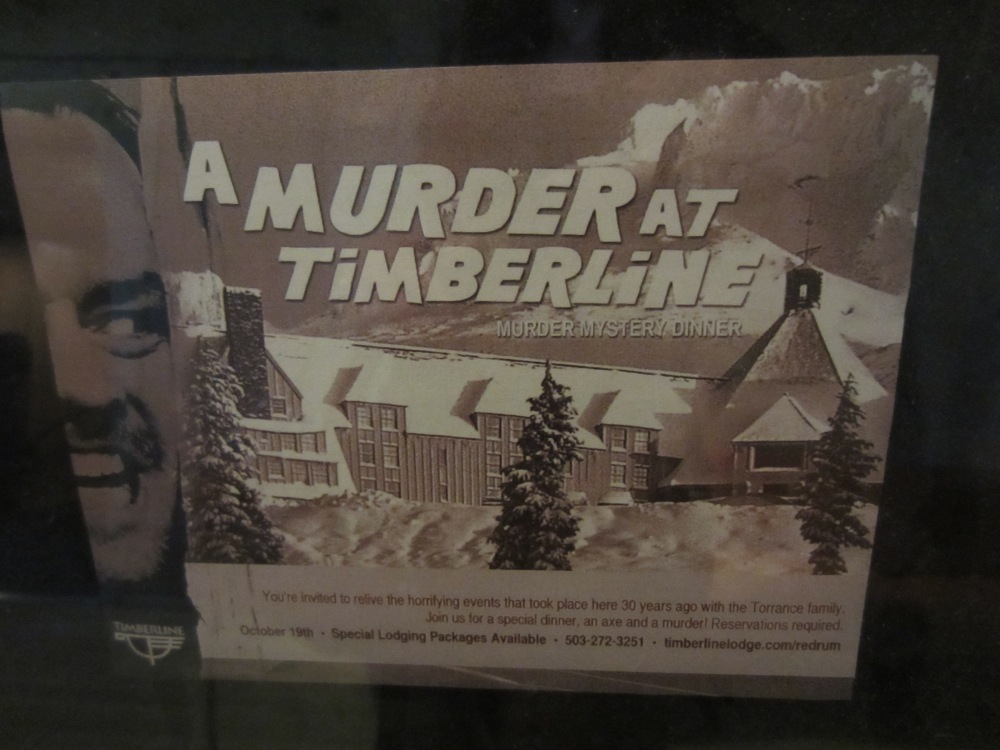 Mt. Hood up close–right behind the hotel!  It doesn’t look too tall, but it is fairly technical to climb and still 6000 feet to the top. 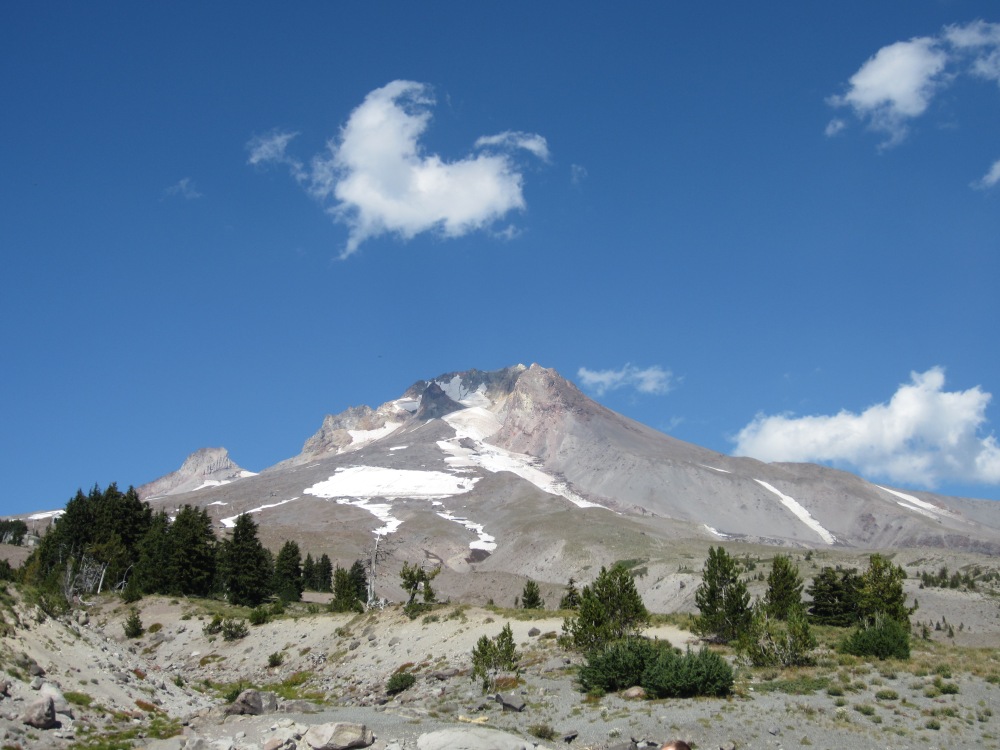 Many people have died throughout the years while attempting to climb it by accidents where they have simply fallen, gotten hypothermia, or been taken out by avalanches.  The smallest percentage is from the few avalanche incidents. 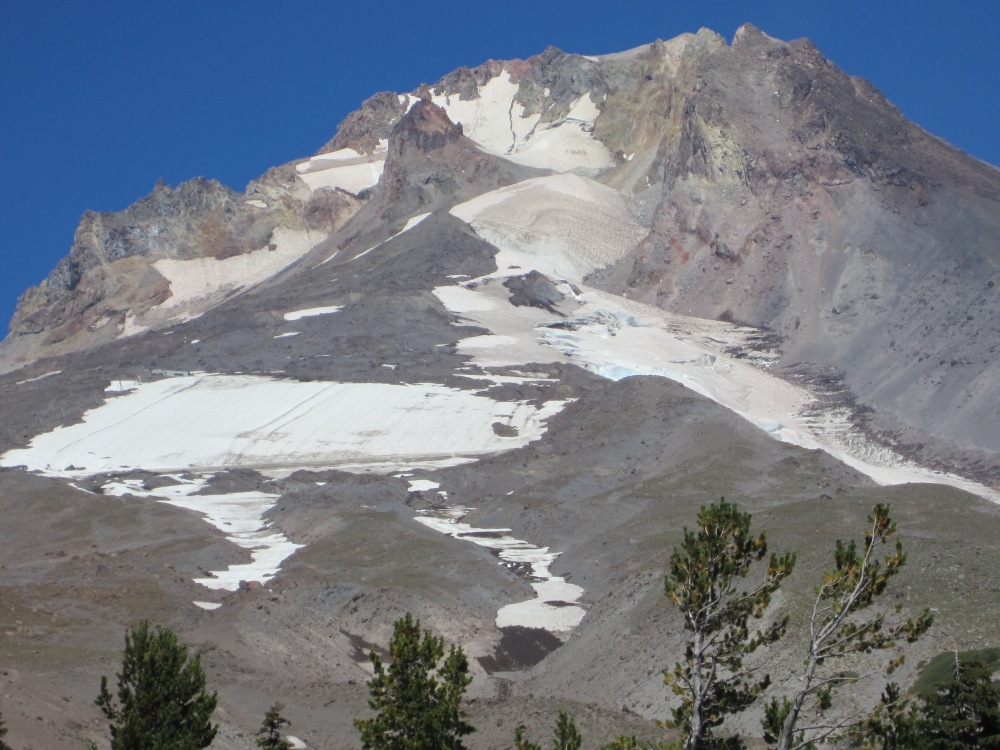 One of the worst climbing accidents occurred in 1986.  Seven teenagers and two school teachers froze to death while attempting to retreat from a storm on Mount Hood.  The most recent one that I have heard was on August 3, 2013 involving six snowboarders.  They were out hiking while scouting a location to shoot a video.  They were exploring an area of White River Glacier at about 8,100 feet (2,500 m) elevation when they found a natural ice tunnel.  They decided to walk through it, but sadly the tunnel started to collapse once they all were inside.  The first one in–Collin Backowski, 25, a coach at High Cascade Snowboard Camp from Pines, Colorado–was buried alive when the tunnel collapsed, as all the others thankfully made it out just in the nick of time avoiding any injury.  Collin’s body wasn’t recovered until the following day.

While doing some research; however, I just found out this was not the latest incident.  A week later there was another young man that was 32 years old from Poland that made a summit attempt down the north side of the mountain and fell to his death just before reaching the summit.  He was in the military and was making the climb primarily to see his country’s flag that several members of his military unit had planted at the top the previous year.  Not only was he “going up there to see that”…he also brought along another flag just in case it needed to be replanted. 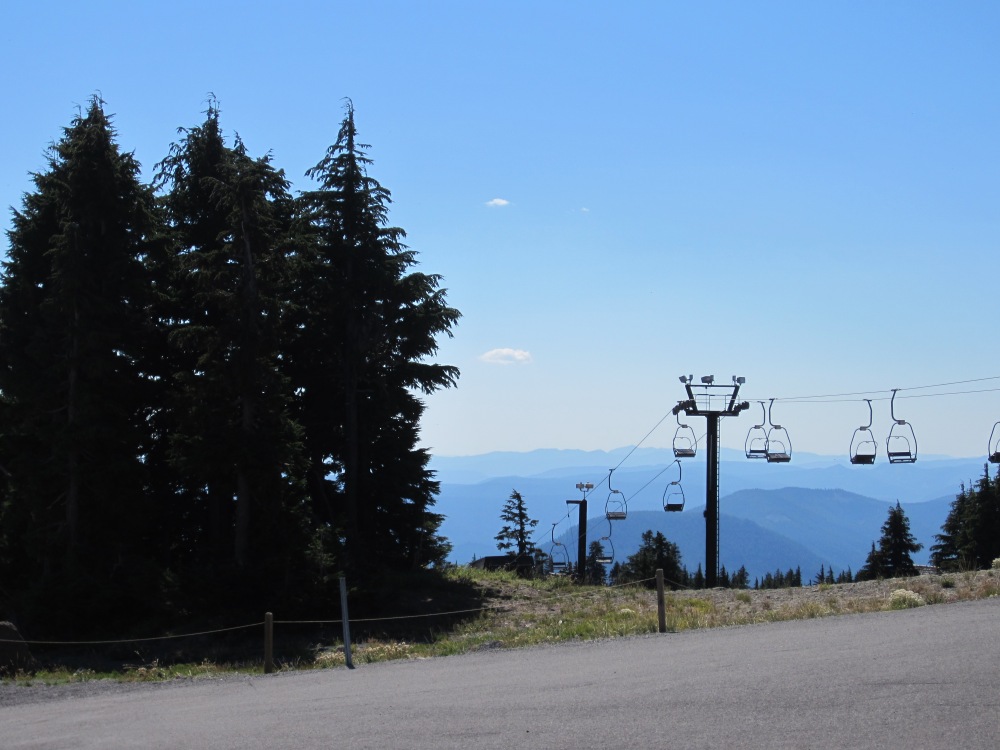