Well, Andrya (BFF since I was 3) and I started the new year out right by catching a bad guy and eating our black eyed peas.  This hummus was the talk of the party consisting primarily of fresh black eyed peas grown in Texas.  I will share the recipe because it will be a great addition to any party all year round and might even continue to bring extra good luck.

Andrya and I went on another ride along last week!  This is my second time in car, but gone twice by helicopter…what a thrill chasing bad guys!  The first guy our cop friend pulled over was searched, given the sobriety tests (failed!), and arrested.  I was up front assisting with typing the report (and lecturing the guy on learning his lesson–since he has been arrested twice before) while Andrya was stuck in the backseat next to the cuffed and caged in criminal!  We took him into the station about 55 minutes later after getting a hold of “Nanny” (his grandma who had his kids) and handing the keys over to the friend that walked down to rescue the old truck from getting impounded.  As we sat in the SUV inside the sheriff dept. secret garage waiting for them to book the bad guy, we felt like little kids secretly snapping shots left and right, while gawking at the other arriving officers also booking their criminals.  We watched in curious silence as each policeman checked their guns in before entering the station.  I especially liked the idea of us getting to ride along in the big police bus as they transferred  these “no goods” to the prison.  That was not happening this evening…we will just settle for a tour of the jail. 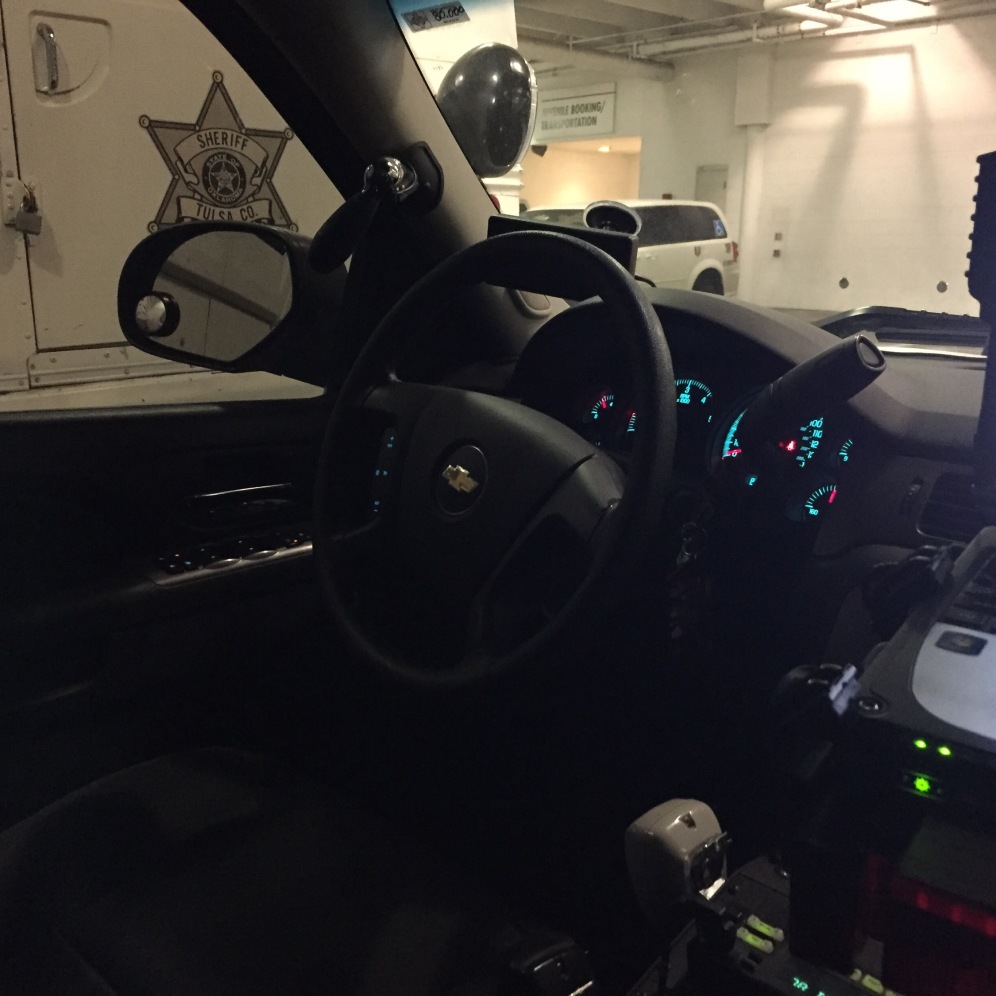 Then a few days later Brad came in town from Charleston and surprised me with another means of police patrol…up in the police helicopter, viewing Christmas lights in style!  Sadly, we did not catch the bad guy this time that was on the run with a stolen vehicle.  It was quite an exciting night!  We were up in the sky for over 2 hours ending our week night at about 2am. 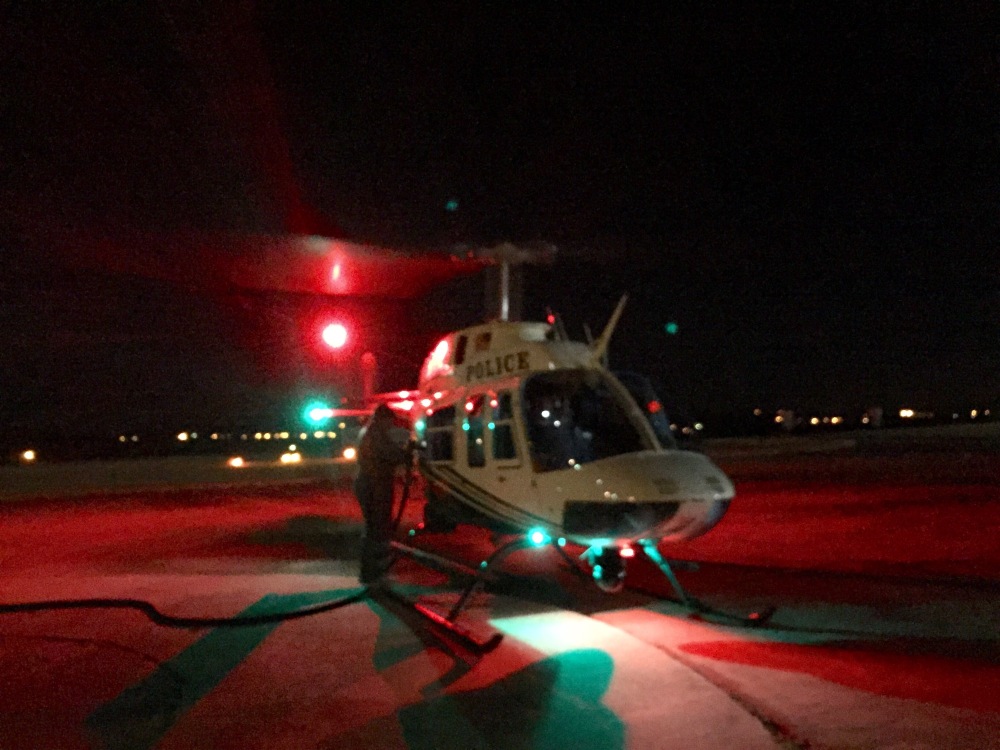 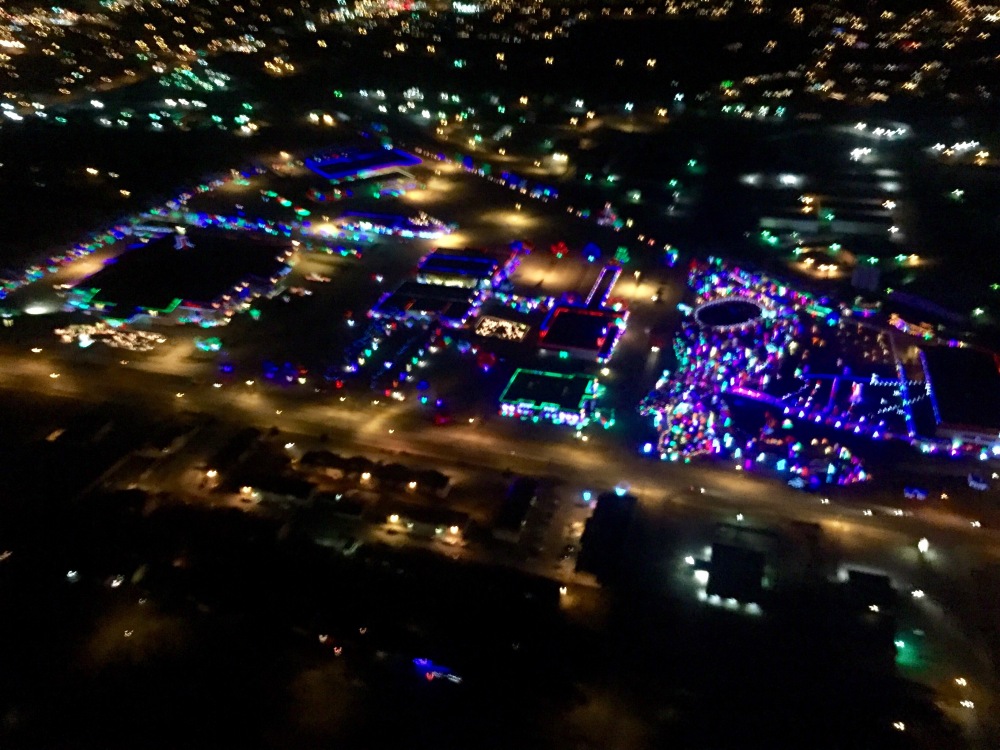 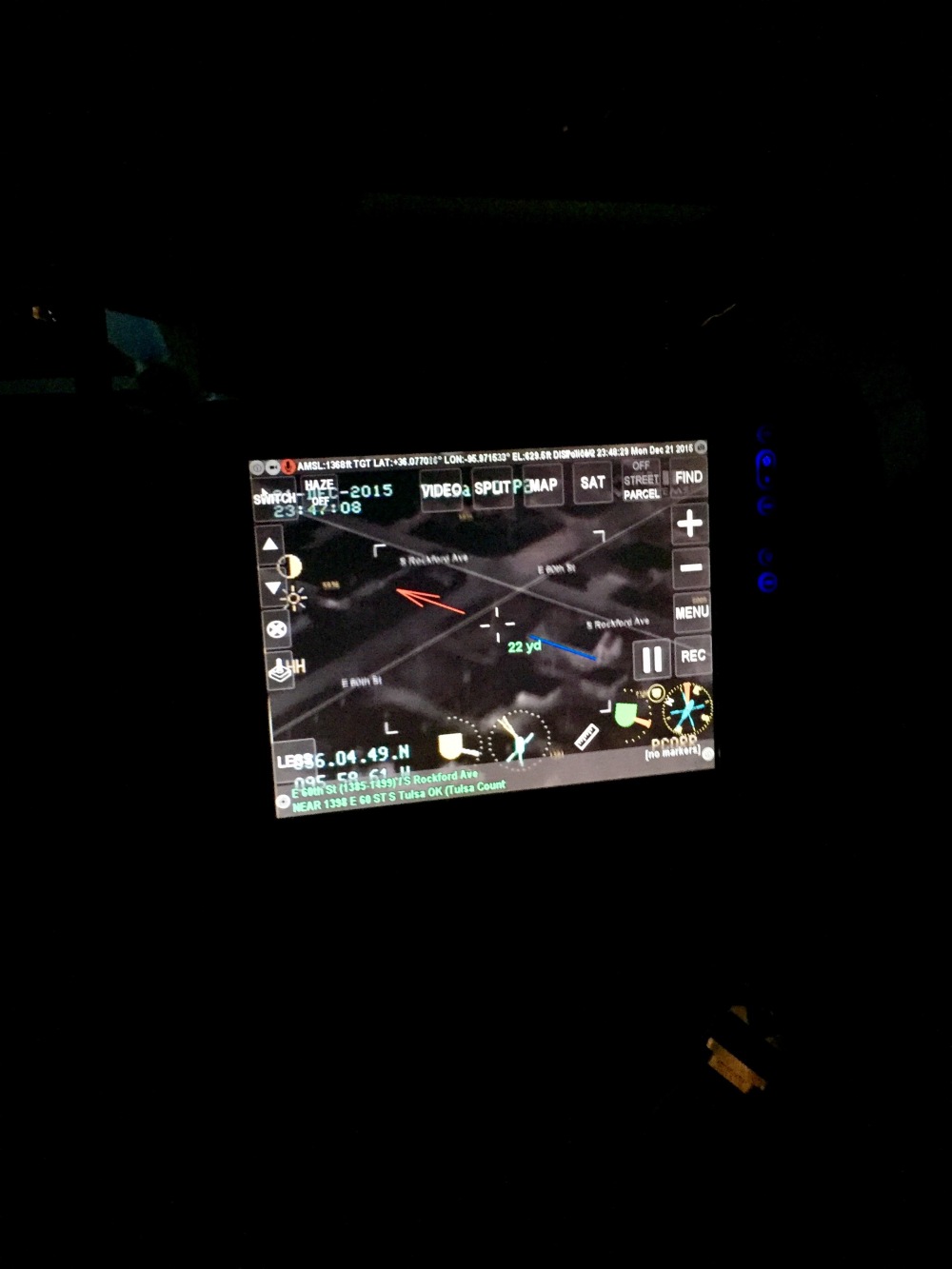