To start the day, I had coffee at Common Grounds prior to an interview in downtown Denver, which I thought went quite well.  Then I walked a ways down the road  and met a friend we all know as Cyrus at Purple Door Coffee.  After doing some work there we had lunch at this awesome new tapas Mexican style spot called Los Chingones.  It was bright, vivacious (opposite of the rainy overcast weather outside) and new inside but more importantly deliciouso!  We didn’t take our server up on the cheap lunch special margaritas, but we did order quite the spread of tapas to share.  The pouring rain didn’t dampen our experience one bit.  It made for the perfect day to sit inside and check out a couple breweries after lunch.  We started the brew tour at Spangalang in Five Points and little did we know, saved the best for last.

This new brewery is called Mockery Brewing Co. and is situated in the RiNo district of downtown Denver.  It’s also conveniently located near a few other great breweries including Great Divide, Crooked Stave, and Jagged Mountain Craft Brewery.  It has a small warehouse vibe with a great patio & string lights above the picnic tables.  The copper decor and cool bar with games to offer (even though we brought in our own mini chess board, because Operation SpongeBob SquarePants Game was out of batteries) made it quite cozy and inviting accompanied by some great dark beer options over our chess match.

Even copper pipes in the bathrooms! 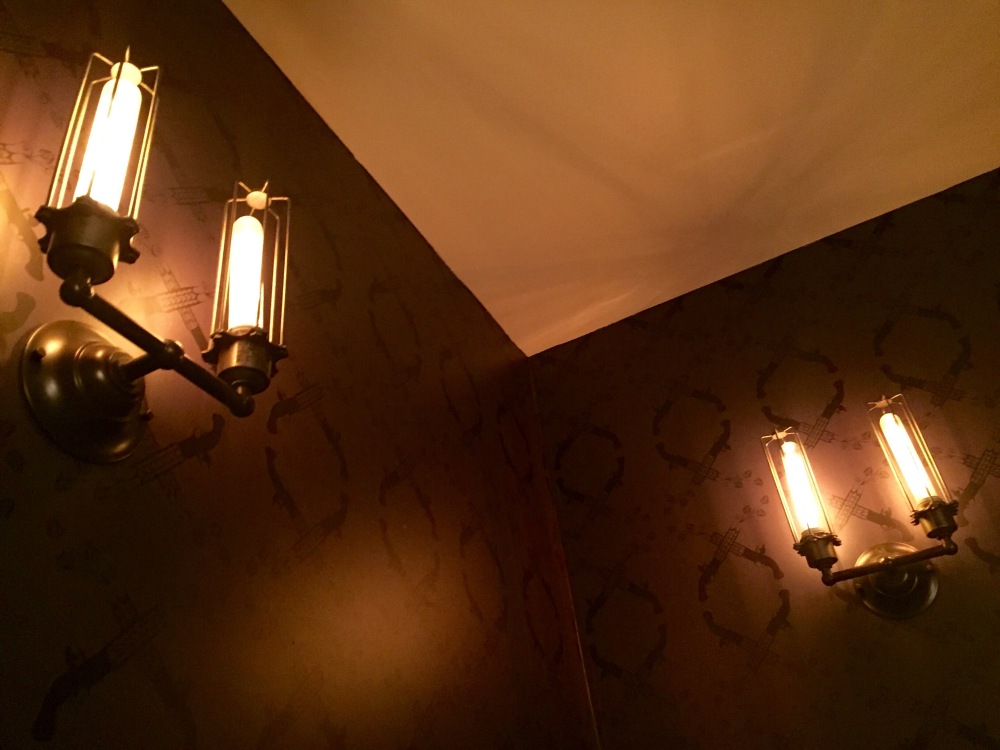 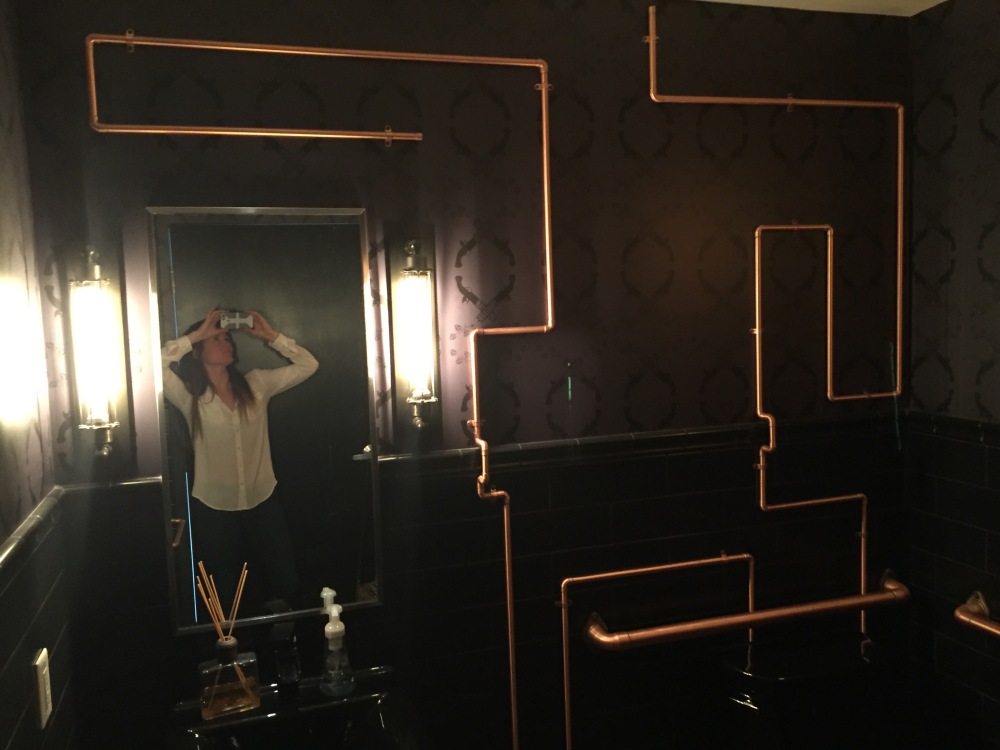 The only thing we aren’t crazy about here are the abundance of unnecessary tvs.  I won’t go on a rant here.

We tried samples of a few brews: It Burns When IPA, Double Scotch on the Rockies, Imperial Oaked Southern Hemisphere Black Ale, Cocoa Coconut Stout, and Salted Scotch Ale.  They were all pretty wonderful!  I must go back to try another soon… 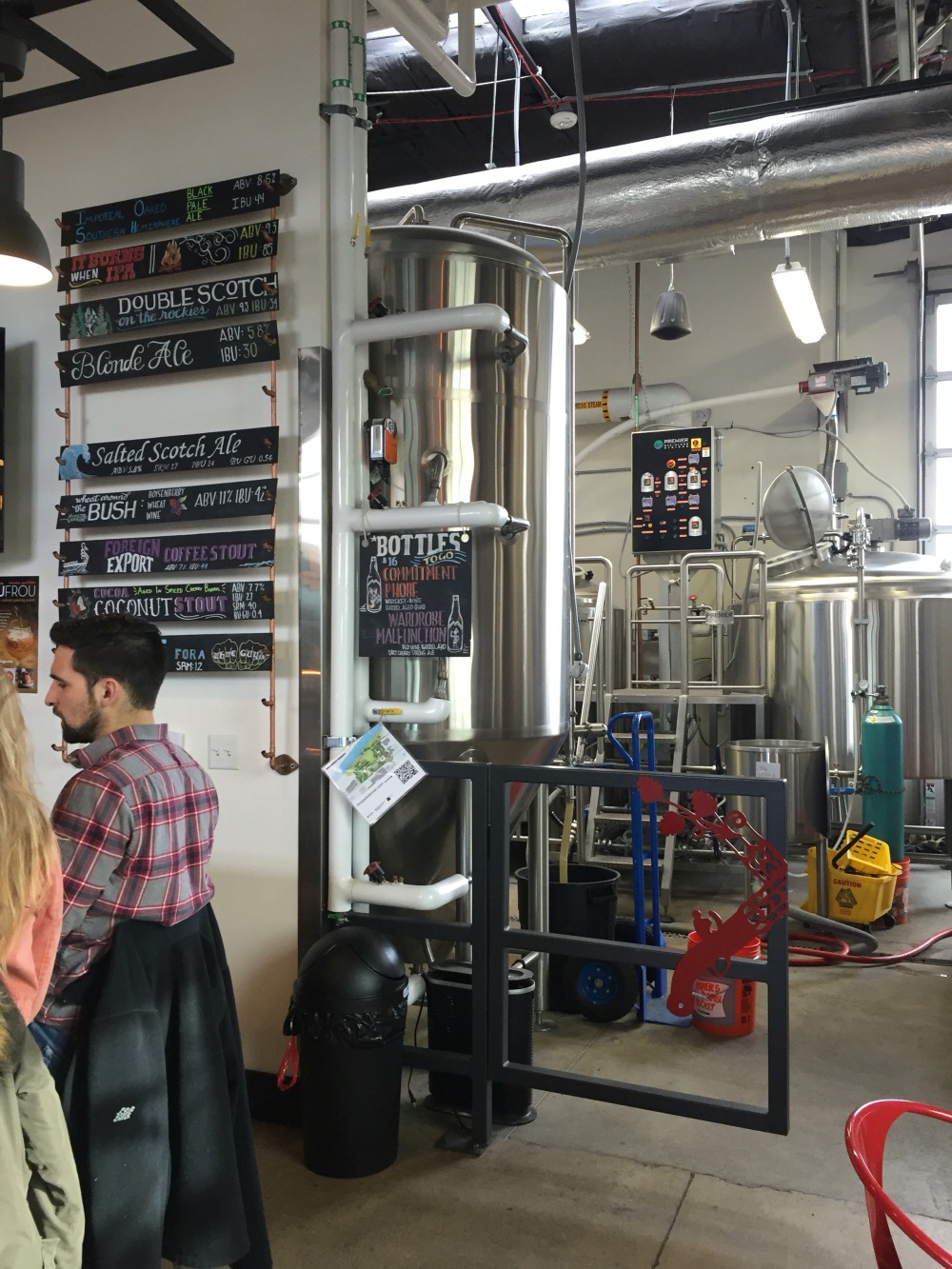